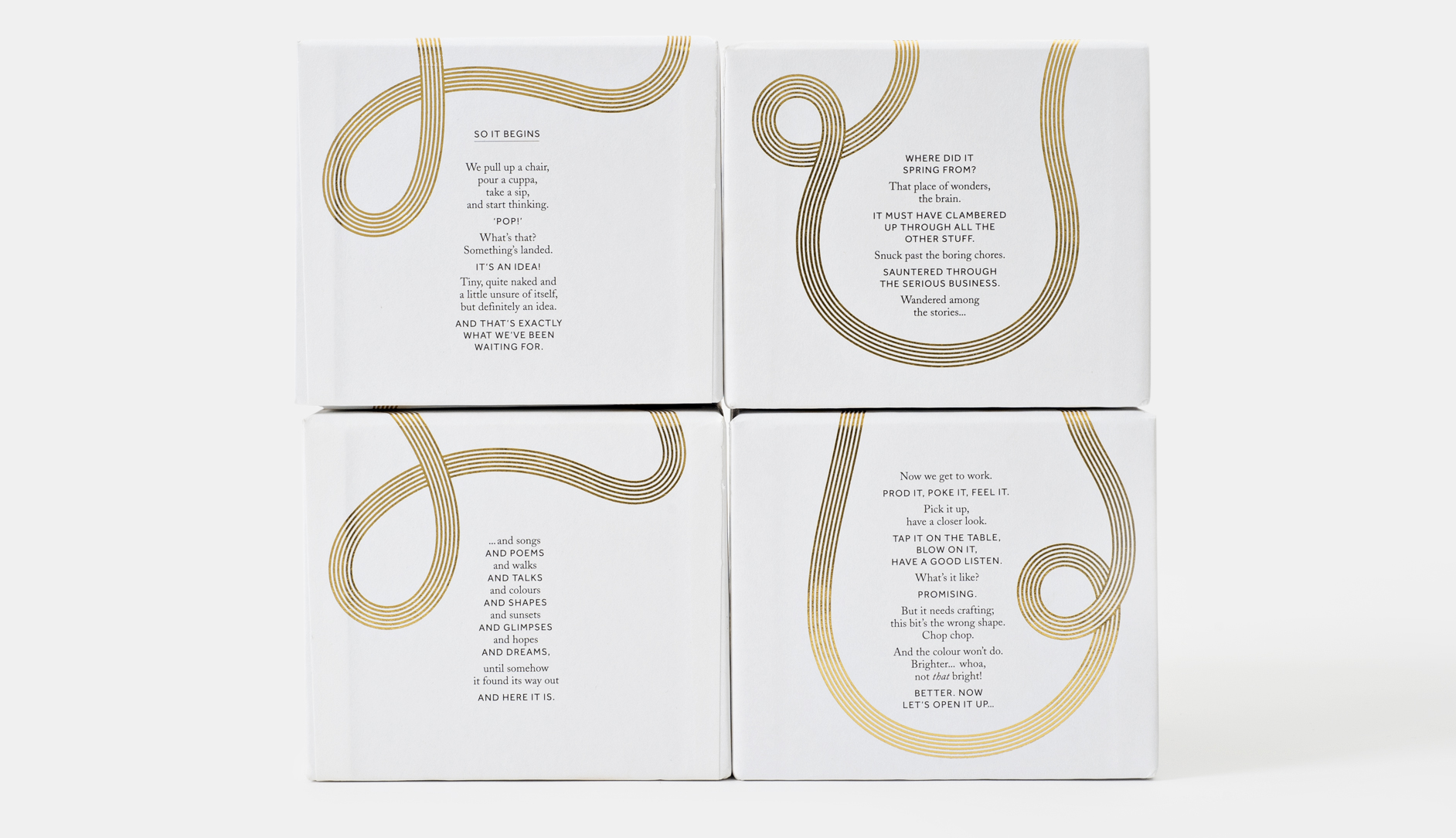 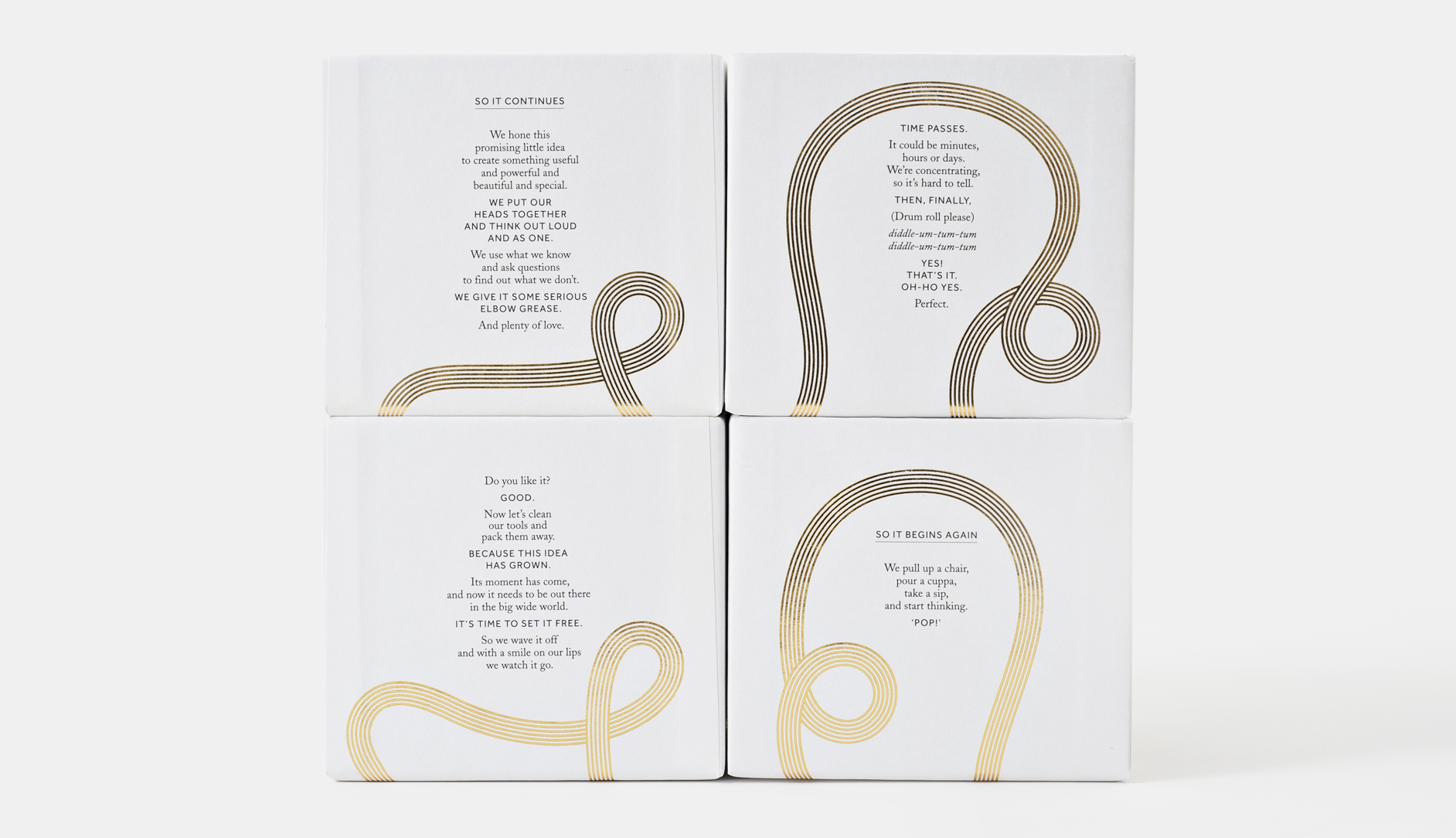 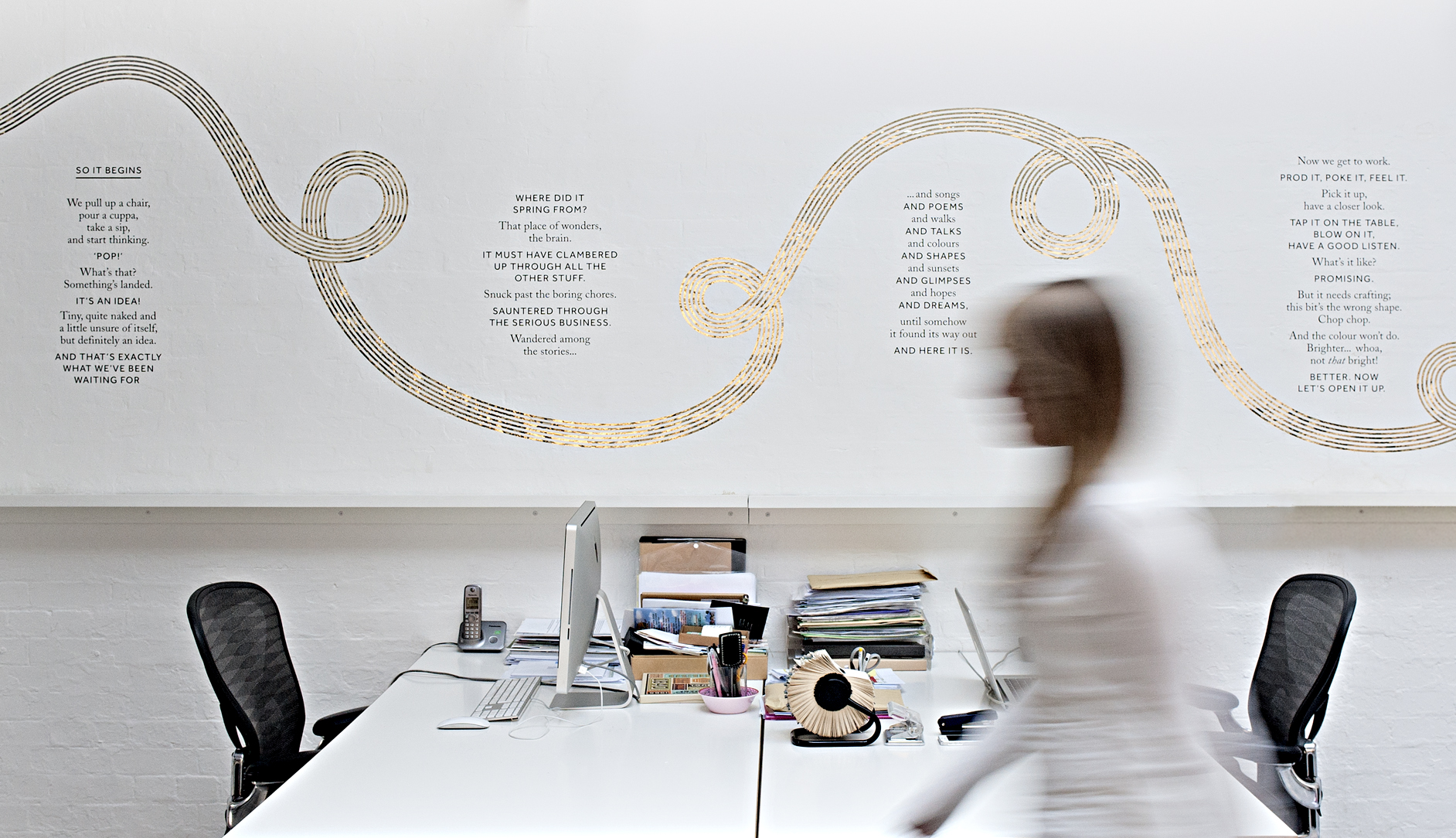 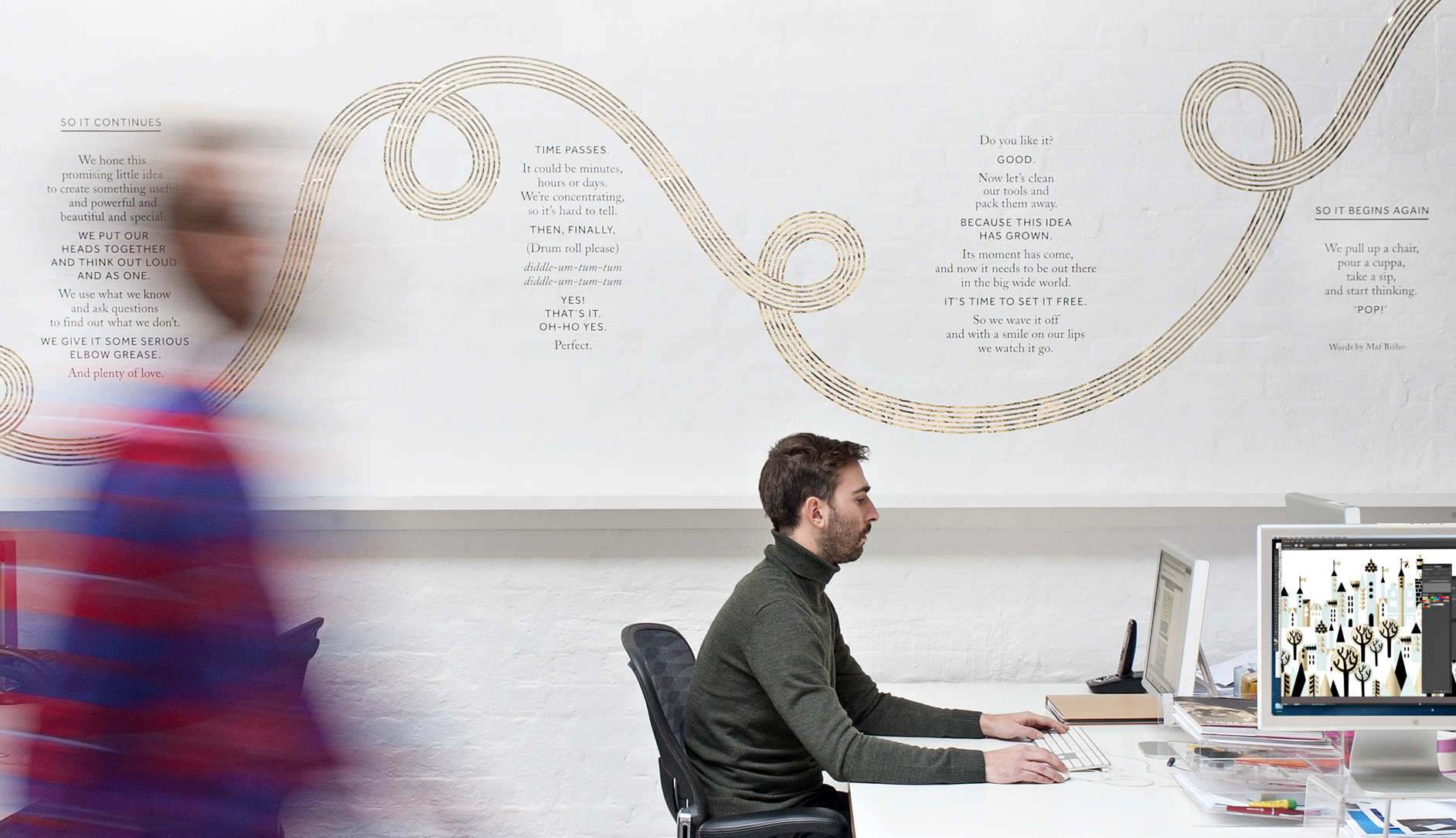 We’ve worked closely with Together for more than ten years, and we’re great admirers of their passion for creating special objects to celebrate the big moments in life. When it came time to celebrate their first decade, we were all determined to create something meaningful and memorable. After much rumination we wrote them a story. A meditation on the processes and pleasures of creativity, it follows the journey of a project, from the first ‘pop’ of inspiration to the moment when you wave your creation off into the world.

A cyclical, dreamlike piece, it took shape around the eight sides of a beautiful box containing a rather splendid mug, with which the lucky recipient could sit down with a cuppa and have some ideas of their own. It became a highly coveted gift and a memorable piece of self-promotion, and it’s a project of which we’re all proud, so it was satisfying to see it pick up a gong in The Drum awards. Even better, the story jumped off the box and now adorns the walls of the studio at Together, acting as a creative inspiration to all who enter.